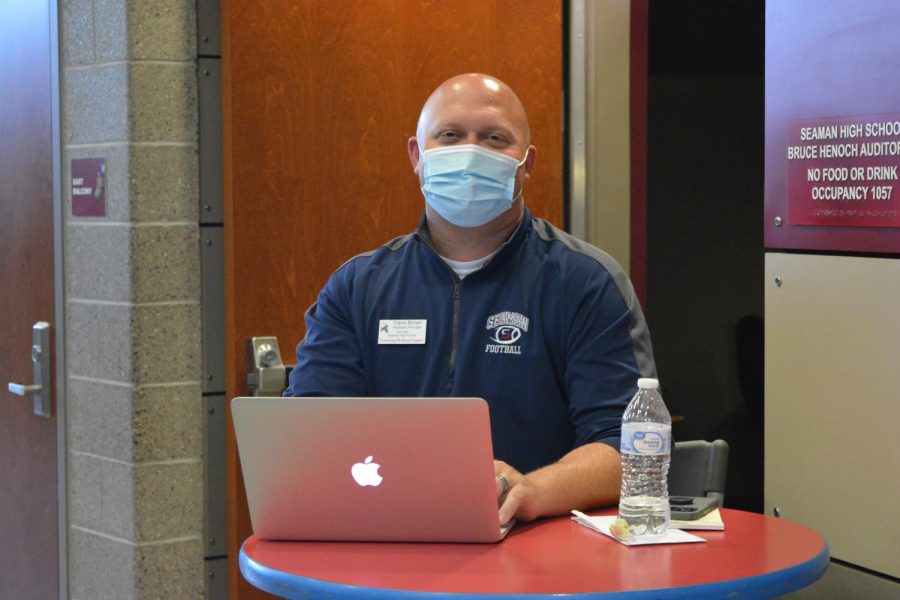 Our new Assistant Principal, Travis Brown, is a returning staff member of SHS. Mr. Brown has been employed in the district for eighteen years. Prior to earning his administrative degree, Brown was a teacher at SHS, and for the last four years he has served as the principal at Pleasant Hill Learning Center. He has also previously coached football, basketball, and was a throwing coach for track.

Mr. Brown says being back at the high school feels like home.

“I am looking forward to rekindling relationships with current staff members and students,”  Brown said.

Mr. Brown earned a Bachelor’s Degree in History and Physical Education from Hastings College in Nebraska as well as a Master’s Degree in Educational Leadership from Emporia State University. According to Brown, being an administrator compared to being a teacher at SHS was a little strange at first, but everyone has been supportive of the transition.

“Seaman High School has always been a welcoming place for myself and my family,” Brown explained.

Outside of school, Mr. Brown has two kids with his wife Erin. They have a 12 year-old son as well as a 9 year-old daughter. Both of his children attend West Indianola Elementary and are involved in many extracurricular activities. Their family also has a dog named Husker. His favorite thing to do in Topeka is attending his kids’ activities and golfing.

Mr. Brown is ready to get back to a sense of normalcy this year at SHS.

Brown stated, “I am excited to be back at SHS! GO VIKES!”