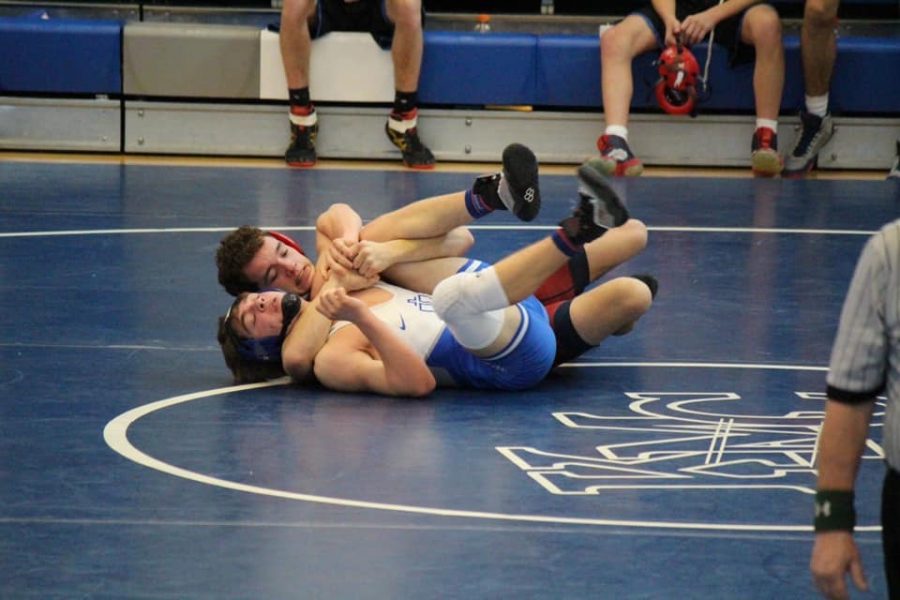 For many athletes, career milestones are just one of the many achievements they get to celebrate during their high school career. For one Seaman High School senior wrestler, Landon Willard, this celebration is more than deserved.

“It was really exciting to get my 100th win after all the hard work and setbacks that I have had throughout my career,” Willard stated.

Starting his freshman year on the wrestling team, Willard has had many different obstacles to overcome. One of the biggest setbacks was an injury midseason during his junior year.

“I tore my ACL and that set me back and took me out that season but i plan on coming back stronger,” WIllard said.

The 100th win that Willard received illustrated the amount of effort he put forth. Willard travelled to Whichita, Kansas on January 18th and wrestled in the Kapaun Wrestling tournament. After a tough loss during his first match, he came back stronger to achieve his 100th win in his four years wrestling.

The weather was another setback to Willard’s 100 win record. Willard, along with the rest of the Seaman High School Wrestling team, would have competed in the Seaman Duals at home on Jan. 11. However, the meet was cancelled due to weather. This meet would have been significant to his career as his 100th win would have been at home.

“It sucked because I really wanted to get my 100th win during my senior year in the gym I’ve trained in and worked so hard,” Willard stated.