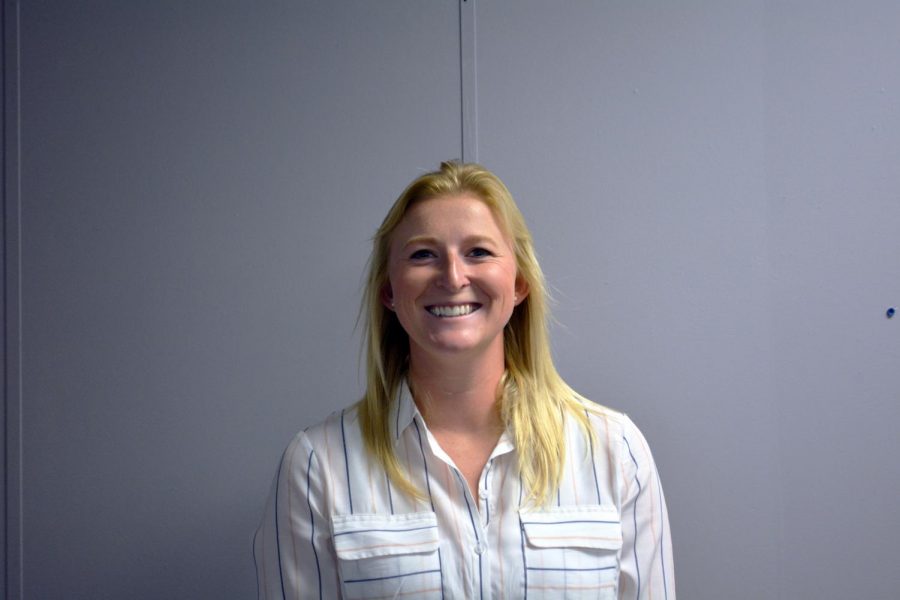 Many teachers were added to the Seaman High teaching staff this year. Ms. Diedrich has filled one of the new math teacher positions teaching sophomores and juniors math lab.

Her name might sound familiar for many reasons. Ms. Diedrich graduated from SHS, where she played both basketball and soccer and her favorite meal from the school was crispito with the potato wedges. She continued her athletic and academic careers at Fort Hays State University in Hays, Kansas. Due to an injury she had to cut her soccer career short but wanted a way to stay involved with the sport. A coaching job for the girls assistant coach at the high school opened up and it seemed to be the perfect fit. Now she is the head girls coach, and the boys assistant.

When a math position opened up, being around the community that raised her was a big incentive for her to apply. When asked why she loved math enough to choose it as a career, she answered, “Math was just something that I spent a lot of time doing with my mom growing up, so I have always had a passion for it and you can always find an answer to whatever problem and I love that aspect of it”.

Outside of school Ms. Diedrich loves to watch Designated Survivor on Netflix.  As for hidden talents, Diedrich said, “ I don’t think I have one, probably juggling a soccer ball let’s keep it simple”.  If Diedrich were stranded on an island, however, she would leave the soccer ball and calculator at home. Instead, she said she would want to have three things.

“I would need a spile, sunscreen because I would fry, and a machete”.

Of course we had to ask her it is a great day to be a Viking. Diedrich said to be a Viking is, “To be surrounded by a great community who truly cares about the school success but all who are involved in Seaman in general.”